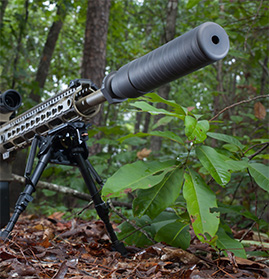 Federal Firearms was started as Small Arms Manufacturing, a barrel factory started in 1958 in Presto Pennsylvania by Jerry Taucher and some other associates.

Then in 1967 Jerry and his associates started a wholesale and retail location called Federal Firearms Co. Inc. located just 2 miles from the Barrel plant in what used to be referred to as Federal Pennsylvania.

Federal Firearms Co. Inc. was a distributor for industry leaders such as Remington, Ithica, Savage, Leupold, RCBS, and Redfield just to name a few.

In 1974, Jerry bought out his partners and became the sole owner. He continued to offer the excellent products and customer service that gave Federal Firearms its good name over the last 7 years.

In 1990, Jerry retired and turned the operations over to his son Bruce and then Justin! Bruce’s son graduated from the University of Pittsburgh in 2012 and decided to become the third generation to enter the business. Federal Firearms Co. Inc. has turned into one of the area’s oldest family-run firearm dealers and is still operating in the same professional “down home” manner that got them started in 1967.

Federal Firearm Co. Inc. has become a landmark in the community. There are a number of great businesses that fall into the category “firearm dealers near me” but none are on par with what Federal Firearms offers the community. We are a gun store where people come not only to shop, but a meeting place to socialize, have a cup of coffee, bring the Lab a biscuit, curse the one that got away, and brag about the one they bagged today.  That being said, you could say that we are more than just gun dealers and gunsmiths. We are friends with the community and our loyal customers.

“Nice local place. Awesome selection. Always seem to have in stock things that other places don’t such as ammo and accessories. I went to 5 other local places around there “hint hint” looking for a left-handed iwb leather holster. Sure enough BAM!! they got it. The men that work there are very helpful and know exactly what they are doing. I would recommend you check this place out.”

“Wonderful people and very knowledgeable not like a big box sporting store.”

“A go to for our gun and ammo… Knowledgeable staff.”

“Great selection, extremely helpful staff. They have a large section of accessories and a great stock of firearms. Staff was responsive and eager to help.”

“Well informed staff, great selection, and if they don’t have it they’ll do there best to get it for you.”

Need some expert advice? Fill out the form below and someone will get back to you within 48 hours!