10 All American Guns At Your Local Gun Store 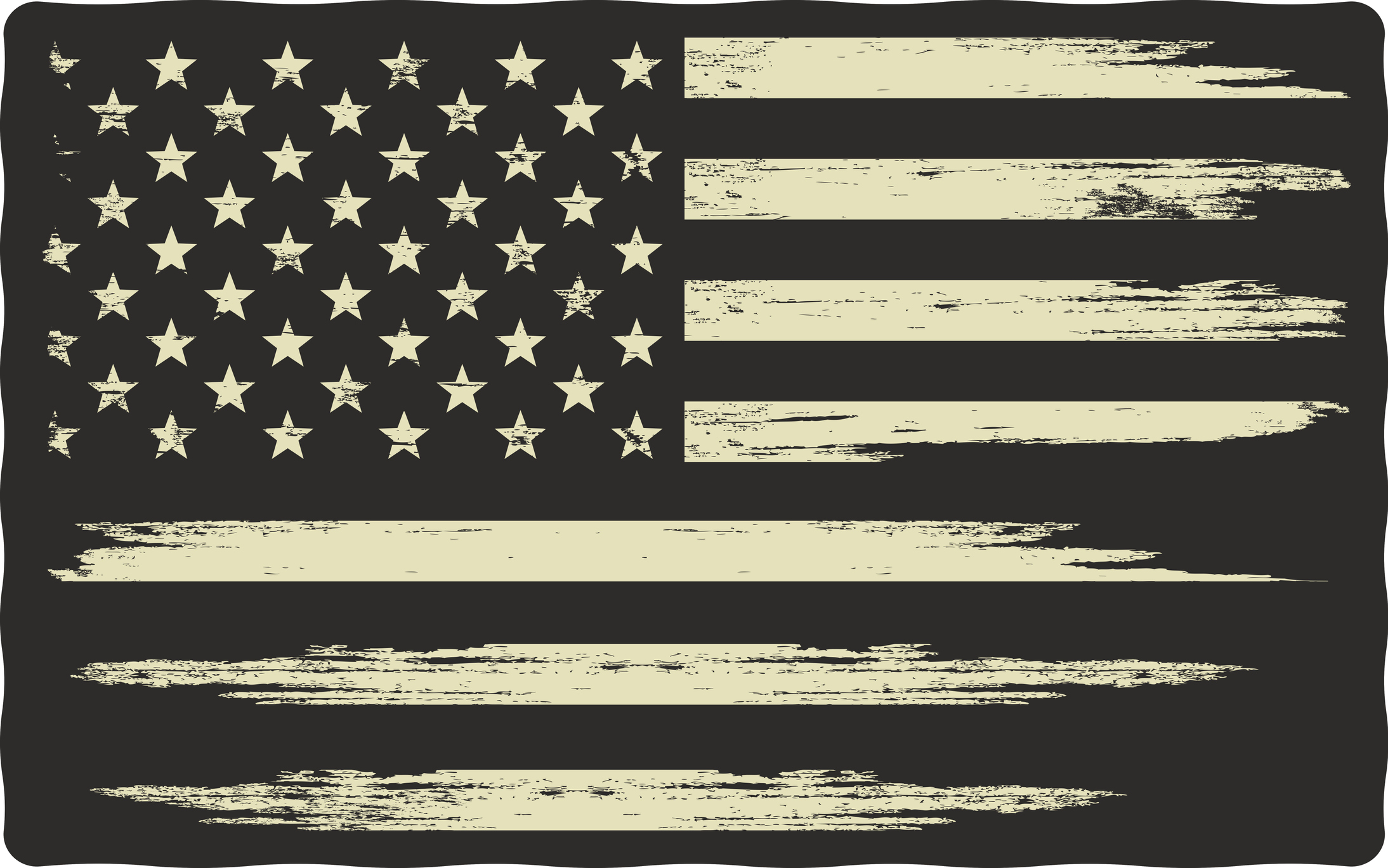 In your search for a firearm, you may notice that many of the top brands such as Glock and Beretta are foreign-made firearms. Although many of these foreign gun makers now have manufacturing facilities in the United States, you may be looking for a genuinely American-made firearm to add to your collection.

When you are looking for a new firearm you can purchase it anywhere as long as they are allowed to be selling them. For many of the top firearm brands,  Federal Firearms is listed as an authorized local gun store on their websites.

Some of the top gun manufacturers are located right here in the U.S., including:

Mossberg has been around for over 100 years providing high-quality firearms. Founded in 1866 in Sweden, Mossberg came to the U.S. at the age of 20. After a few jobs working for other gun makers and after World War I, Mossberg established his success with The Brownie .22 pistol.

After the launch of The Brownie, the company’s success continued to grow. During World War II, Mossberg secured a contract from the British and U.S. Military for guns and gun parts. After the War ended, Mossberg introduced their well-known Mossberg 500 pump-action shotgun in 1960.

Currently, Mossberg builds a wide selection of rifles and even offers a handgun. That being said the shotgun remains at the forefront of their firearm offerings. The Mossberg shotgun is a popular option with hunters, military members, law enforcement, and citizens looking for a self-defense weapon.

Remmington products can be found in some of the big box stores as well as your local gun store. However, most big box stores will not have the knowledge and care that smaller local businesses will have.

Founded in 1916, Remington is the oldest gunmaker in America. Eliphalet Remington founded the company believing that he could provide a better gun than what the market offered at the time. He first designed a flintlock rifle that launched his business into a success.

In today’s market, Remington offers everything from rifles to handguns. They are known for their rifles and shotguns, such as the Remington 700 rifle and the 870 shotgun. This shotgun is extremely popular with hunters. The Armed Service has also used the 700 as a reliable sniper rifle for many years. Remington also owns Bushmaster and Marlin. Remmington carries other non-firearm products that you can purchase pretty much anywhere, however, your best bet finding one of their rifles will be your local gun store.

Additionally, Ruger offers a variety of concealed carry handguns, such as the LCR revolver and the LCP subcompact semi-automatic handguns. Hunters have also been choosing Ruger for their bolt-action hunting rifles that have taken the market by storm.

Federal Firearms, a local gun store, is listed as a firearm dealer for Ruger on Ruger.com.  Be sure to stop by or call to see if we have them in stock!

Colt was founded by Samuel Colt and is a 165-year-old gun maker that rose to fame through sales of their iconic revolvers. These revolvers included the Colt Single Action Army, Colt Navy, Colt Walker, and the M1911A1. Colt also produced two of the most iconic military weapons, M16 and M4 rifles. Colt eventually lost the military contracts, and they have been struggling to gain their footing ever since.

Colt offers the popular sporting rifles, the M4 and AR-15, and the ever-popular Cobra revolver. Colt is also bringing back the class Colt Python line of revolvers, setting them up for a comeback.

If you are interested in purchasing a firearm from one of the oldest gun manufacturers, call Federal Firearms. We are a local gun store and listed on colt.com as a dealer of their products. If you are looking for “firearm dealers near me” come check us out!

Browning Arms Company is owned by the Belgium firearms maker FN Herstal, but it is firmly rooted in the U.S.

John Moses Browning designed the iconic guns such as the Browning Hi-Power pistol, the M1911 handgun, and the Browning Auto-5 shotgun. This company also designed guns that were used to help end World War II. Firearms such as the M1918 BAR and the M1919 machine gun helped the U.S. defeat the Nazis.

Browning is currently best known for their hunting rifles and their shotguns. Many of the guns sold by Browning today are modern takes with minimal tweaks on the original designs by Jon Browning. The company has also expanded to manufacturing boots, clothing, camping gear, trail camera, and flashlights.

Founded in 1894 by Arthur Savage, Savage has been a staple with hunters for many generations. Arthur Savage experimented with lever-action rifle designs, and eventually developed the Savage Model 99 that was produced for nearly 100 years.

Like many other gun industry members, Savage Arms was busy producing firearms for World War II. Savage made Thompson submachine guns for the U.S. Military. They also had Lee-Enfield bolt action rifles for the British Military.

Savage is known for its performance and shooting rifles and has designed some shotguns over the years. However, their focus is bolt action rifles and shotguns for hunting.

If you are planning to purchase a new Savage Arms rifle, stop by a local gun store near you such as Federal Firearms. We are also a registered firearm dealer on savagearms.com.

This company is named for the Springfield Armory in Massachusetts that made guns for the revolutionary War. This armory now serves as a National Park. The original armory was closed in the 1960s by the founder of LH Manufacturing; Bob Reese. He later renamed the company after it helped make the Second Amendment a reality.

While they no longer manufacture muskets, Springfield Armory primarily manufacturers handguns. Their XD-M line of semi-automatic pistols is known for its reliability and concealability.

They are also well-known for producing the M1A. This is a civilian model of the M-14 rifle that is still used throughout the U.S. military today. They recently introduced the M1A Tanker inspired by the shortened M1 Garand tanker rifles used during World War II.

Looking to add another Springfield to your firearm collection? Federal Firearms is also a registered firearm dealer listed on springfield-armory.com. Come visit our local gun store or give us a call to see what we have in stock!

Smith & Wesson originated in Springfield, Massachusetts, in 1856 through the work of Horace Smith and Daniel B. Wesson. This was founded after their original company was sold, later becoming Winchester Repeating Arms.

Smith & Wesson is well-known for their handguns, mainly their revolvers. Law enforcement and civilians alike enjoy the Model 27. Another iconic gun is the Model 20, featured in the Dirty Harry movies with Clint Eastwood.

Smith & Wesson’s revolvers continue to be a popular choice among conceal carriers and hunters. They are also well-known for the semi-automatic handguns as well as their sporting rifles.

Federal Firearms offers Smith and Wesson Products as well in our local gun store. We are featured on their website: smith-wesson.com as an authorized dealer!

Winchester: Icon of the American West

Winchester Repeating Arms Company was bought by Oliver Winchester, a clothing manufacturer, and his shareholders in 1855. Winchester’s original lever-action repeater was a version of the volcanic rifle designed by Walter Hunt in the 1840s. While some Winchester rifles were used in the Civil War, they weren’t popular until after the war concluded.

Two of Winchester’s rifles, the Model 1866 and Model 1894, were the most iconic rifles of the American West. Like many other manufacturers mentioned in this article, Winchester also contributed to both of the World Wars. They produced the M1 carbine as well as the M1 Garands.

Currently, Winchester specializes in lever-action rifles and recently released the 125th anniversary model of the Model 94. While they still produce the lever-action Models; 1866, 1873, 1886, 1892, and 1895, they are also known for the line of hunting shotguns and bolt-action rifles.

One of the younger gun manufacturers, founded in 1979, Kimber holds their own as a quality all-American gun company. Kimber got its start manufacturing rimfire and centerfire rifles but has found its niche in handguns.

Kimber is mainly known for high-end revolvers and 1911-style semi-automatic handguns. A popular option among conceals carriers is the Kimber Micro 9 line that is light and easy to conceal.

Are you looking for an All-American Gun? Federal Firearms has you covered!

As your premier local gun store, we offer a wide selection of firearms from many of America’s most popular gunmakers. Give us a call, visit us in person, or check out our online gun store!

We also offer firearm transfer services from individuals or dealers as well as our expert gunsmith services. Learn more on our services page!

“Nice local place. Awesome selection. Always seem to have in stock things that other places don’t such as ammo and accessories. I went to 5 other local places around there “hint hint” looking for a left-handed iwb leather holster. Sure enough BAM!! they got it. The men that work there are very helpful and know exactly what they are doing. I would recommend you check this place out.”

“Wonderful people and very knowledgeable not like a big box sporting store.”

“A go to for our gun and ammo… Knowledgeable staff.”

“Great selection, extremely helpful staff. They have a large section of accessories and a great stock of firearms. Staff was responsive and eager to help.”

“Well informed staff, great selection, and if they don’t have it they’ll do there best to get it for you.”

Need some expert advice? Fill out the form below and someone will get back to you within 48 hours!